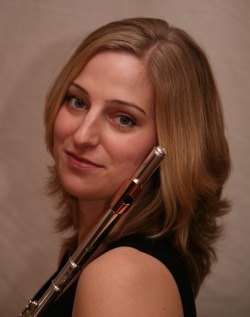 Born into a musical family, Charlotte soon developed an interest in the flute and began taking lessons at the age of six. Through her teenage years she played with Bedfordshire Youth Orchestras and appeared as a soloist performing Mozart's Flute and Harp Concerto and Bach's Brandenburg Concerto No.5, and on the television series Howard Goodall's Big Bangs, playing the piccolo. She also received the accolade of being invited to perform with the International Millennium Youth Orchestra as their principal flautist.

Charlotte studied for a BA (Hons) in music at the University of Southampton and graduated with first class performance marks. Charlotte went on to complete a Masters degree in Performance, for which she gained a distinction. At Southampton, Charlotte studied flute with Kathryn Thomas and piccolo with Barbara Brown, together with performance guidance from David Owen Norris. Most recently she has studied with Michael Cox.

As a soloist Charlotte enjoys exploring a range of material for the flute. She particularly enjoys chamber music and is a founder member of The Britannic Ensemble. Charlotte dedicates much of her time to education work, teaching from beginner to postgraduate level, and is the founder of Primo Music, and independent music practice working with young children from birth to eight years. 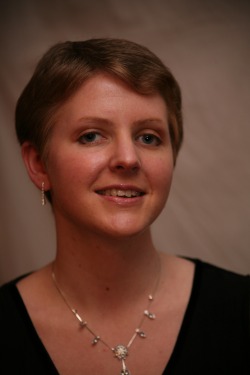 Victoria began playing the oboe at the age of nine. Having achieved her Advanced Certificate at an early age, she decided to take music to a higher level, studying for a Bachelors Degree at the University of Southampton. After completing her degree, she undertook a Masters Degree course at the Guildhall School of Music and Drama, studying with Gordon Hunt, Richard Simpson and Andrew Knights.

Victoria has also worked as a member of The Works, a project directed by David Owen Norris with whom she recorded a CD of both Mozart and original compositions by David Owen Norris; part of which was broadcast on BBC Radio 3 and later performed at the Edinburgh Fringe Festival. Whilst at Guildhall, she participated in side-by-side schemes with the LSO and Philharmonia Orchestra, conducted by Charles Dutoit, Mikhail Pletnev, Mstislav Rostropovich and Charles Mackerras. 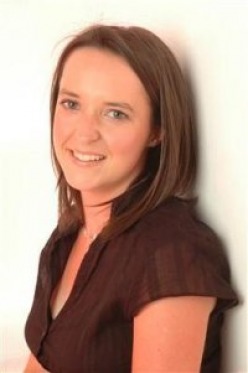 Suzy Ruffles took a postgraduate diploma in piano accompaniment at Trinity College of Music, studying under Eugene Asti and Christine Croshaw. In 2008, with flautist Charlotte Bettle and oboist Victoria Small, she formed the Britannic Ensemble, specialising in British chamber music. They regularly perform around the country and are always open to new composers looking to showcase their work.

Suzy worked as Musical Director on an opera scenes workshop in association with Morag McLaren and Cooper Hall and has recently worked as Assistant Musical Director on the Blackheath Community Opera productions of Cendrillon (Nicholas Jenkins/Harry Fehr), Noye’s Fludde (Nicholas Jenkins/James Hurley) and most recently for The Little Sweep (Christopher Stark/James Hurley).

Suzy won the David Ebbage Accompanist Prize, awarded as part of the John Kerr Award for English Song competition. She works as a staff accompanist for Trinity College of Music and is the accompanist for the Godalming Choral Society under Michael Veazey and the Greenwich University Choir conducted by Nicholas Jenkins.